Shop Smart and Save on Millions of Products.

Another year, another FIFA.
Firstly, i admit. I am a PES fan. Always have been. ISS Pro Evolution Soccer caught my attention back on the PSOne. It was fantastic. So much better than FIFA for me. Since those days my interest in Football games have gone down; I still find time to gravitate back to ISS Pro Evo. Or maybe PES 6 on Xbox 360. That was good too. However; over the last 10 years or so, FIFA has no doubt sealed its place as the number one football game on the planet. Certainly in terms of sales. So whats new this time? Lets Jump in.

FIFA 20 Gameplay
I will cut the following information from the official presser. Is it me, or are updates just not so exciting anymore?

ON THE BALL
Enjoy more control over the Decisive Moments that determine the outcome of every match in FIFA 20.
Pick your target and time it right from the spot. Add curl, dip, or knuckle to free kicks. A new aiming mechanic gives you more creativity from dead balls.

CONTROLLED TACKLING
Take back possession with Active Touch Tackling and new animations that reward you for well-timed defensive play.

OFF THE BALL
More time and space. More emphasis on your actions on the ball.
Change the course of the game in both defence and attack with increased control and more options in 1v1 situations during matches.

AI DEFENDING OVERHAUL
Win it back with better defensive support from AI-controlled players via an overhauled positioning and tackling system.

NATURAL PLAYER MOTION
Experience more natural and realistic movement all over the pitch with innovations in player motion and positioning.

THE BALL
In the air. On the ground. In FIFA 20, the ball moves more naturally than ever before.

Volta Football is NEW
This is much more interesting and something that may make this an essential purchase. This has my attention. I was a big fan of the indoor aspect of FIFA 98 on the PSOne. I enjoyed this variation to the gameplay. I remember Striker on the SNES and PSOne having the same option. Its nice to see a new variation in the gameplay. Lets see what EA say about this new mode.

What is EA SPORTS VOLTA FOOTBALL?
VOLTA - meaning 'to return' in Portuguese - takes the game back to the streets with an authentic small-sided football experience. VOLTA FOOTBALL moves you from the roar of the stadium to the rhythm of the streets in football playgrounds all over the world as you build your player, pick your gear, and express your own personal style.

Gameplay
Express your style in VOLTA FOOTBALL with a custom-built gameplay system grounded in football realism. Inspired by the authentic small-sided form of football played in streets, cages, and futsal courts across the world; VOLTA FOOTBALL gameplay immerses you in the flow of the street with new tools including simplified flicks and skill moves, new flair animations, and even the option to use the wall to your advantage.

Customisation
VOLTA FOOTBALL gives you countless ways to customise and personalise your player. From how they dress, to their hairstyle and tattoos, and new celebratory emotes, create your male or female player and showcase them across the various game modes in VOLTA FOOTBALL.

Locations
VOLTA FOOTBALL brings football playgrounds from all over the globe to life. From an underpass in Amsterdam, to a neighbourhood cage in London, to a Tokyo rooftop, VOLTA FOOTBALL lets you taste the regional experience of the global game.

Play it your way
Customisation is at the centre of the way you play VOLTA FOOTBALL. Play 3v3 Rush (No GK’s), 4v4, 4v4 Rush, 5v5 and Professional Futsal. In addition, VOLTA FOOTBALL offers different sizes of arenas and environments with and without walls, giving you the freedom to play the beautiful game the way you want.

VOLTA KICK-OFF: Take your favourite professional teams back to the streets and compete in a number of VOLTA FOOTBALL locations and match formats. Play PSG vs. Lyon in Paris, the Madrid derby in the streets of Spain, or Chelsea vs. Spurs in a London cage.

VOLTA WORLD: Build up your VOLTA FOOTBALL team by playing through Single Player Matches against community generated squads in a variety of formats and locations. After each victory, recruit a player from the opposing team and build your squad up in terms of both skill and chemistry.

VOLTA STORY MODE: Take your unique player through a narrative driven experience, where you face off against various legends of street football from around the world. Earn rewards, customise your player, and recruit for your squad, culminating in the VOLTA FOOTBALL World Championship tournament in Buenos Aires.

VOLTA LEAGUE: Play your way through promotion and relegation with the online VOLTA LEAGUE. The new player versus player formats places your team against others online, where wins lead to promotion into a higher division.

And to Conclude
Its fair to say, i have never been a big FIFA fan. I have liked it, but back in the 90s, Kick off 2 ruled. And then Sensible Soccer. And then Sensible World of Soccer. And when the Amiga had its time, it passed over to ISS Pro Evolution. FIFA was always the game that had the licenses yes, but the gameplay wasnt ever as good. However, years and years have passed and now the game is not only very playable but also has a host of features that surely any football fan can not ignore. Even the purest of PES fans. For me, the new mode of Volta football is alone worth the purchase. Overall; i would conclude this is the best football experience on PS4 and Xbox One. Bravo, EA.

And to Buy
Oh yes, before i forget - here are the direct links to purchase the game. Click. Buy. Save. 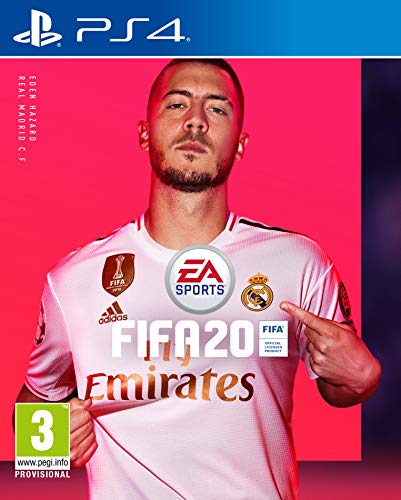 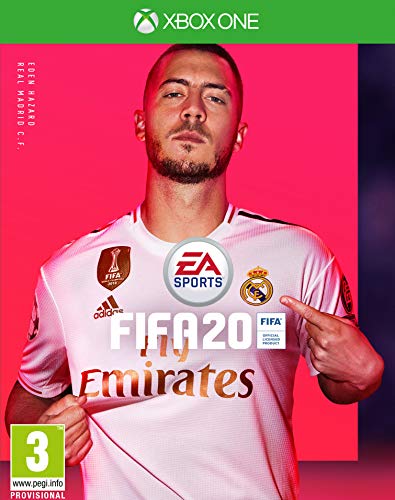 The hottest deals, discount codes and promotions from the UK's best retailers. We compare online shopping prices so you can enjoy everyday as if its Black Friday.